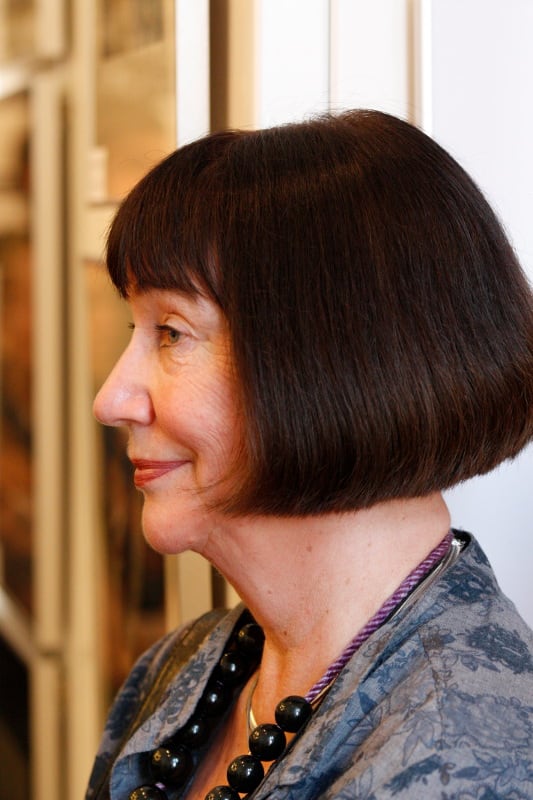 Tiia Toomet (1947) is a children’s writer, poet, prose writer, and former director of the Tartu Toy Museum. She graduated from the University of Tartu as a historian, and from the Tallinn Institute of Arts as a textile artist. She has written approximately 20 children’s books – fairy tales, short stories, and others. Many of her books are inspired by exhibits at the Toy Museum.

2012
Footprints in the Alley of Pioneers of Tartu

1996
Annual Children’s Literature Award of the Cultural Endowment of Estonia (The Rag-Babe and the Wooden Horse)
Tiia Toomet (1947) graduated from university twice – once as a historian, and once as a textile artist. These foci have greatly defined her life achievements. Tiia Toomet is renowned as the founder and long-time director of Estonia’s Tartu Toy Museum, and as a tireless promoter of toys and their history.

In response to the question of why she is interested in children’s literature, Tiia Toomet has said: “Apparently, it’s in my nature. I am indeed a very serious person inside, and think a lot about serious things. Maybe that’s the very reason why it’s simpler for me to speak with children. I no doubt have enough of a childish mindset within me, too. […] Indeed, I only began writing children’s stories when my own children were born.”

Tiia Toomet entered children’s literature during the upheavals on the scene in the 1970’s with verse for small children (Kuhu need värvid jäävad, Where Those Colors Remain 1975, together with Jaan Kaplinski), and short stories poetizing children’s daily life or observing it with mild humor (Kuidas panna nööpe, How to Button Buttons 1979). These seemingly uncomplicated little stories leave children the freedom to draw conclusions and fantasize on their own, and had a refreshing effect on children’s literature at that time – against the background of simplified instruction.

History and cultural history are topics that span Tiia Toomet’s more important works. Since childhood, the writer has been interested in time in the philosophical sense. Is it possible to stop time? Can life be like in a fairy tale, where spending a day or two in fairyland is equal to a couple human lifetimes in our world? Tiia Toomet has written the fairy tale "Suur Aeg ja Väike Aeg" ("Big Time and Little Time", 2007, part of the Supersünnipäev (Super Birthday) story collection), in which the Universe’s eternal time takes a break in order to go and visit the child-sized “in-the-country-at-Grandma’s” time. Despite their principal difference, the two times still have something in common. Little Time states that although it isn’t able to fit the whole Big Time into itself, there is always one tiny part of Big Time inside of it. Both times are represented in suitable relation to each other in the better part of Tiia Toomet’s children’s stories.

The nostalgic Vana aja lood (Old-Time Tales, 1983) has noteworthy importance among Tiia Toomet’s works. The book takes the child-reader to a slum-district milieu in the time of the author’s childhood – picket-fenced courtyards, a small milk shop on the street corner, a shard from a porcelain mug with an especially pretty picture on it that was found in a pile of trash, and a grandmother with a towel and an apron, who is always there for the child. And, of course, old-time children with their games, activities, and little arguments: “just the same as new-time children, only that some things were different for them”. The stories are seen through a multi-faceted prism. While being that little girl herself – the book’s main character, the author also follows everything with an adult’s gaze while standing in the background. In order to enable the reader to identify with the main character with greater ease, the author tells her tales in the you-form from time to time. Vana aja koolilood (Old-Time School Stories, 2001) follows the same girl’s activities as a primary-school student in the 1950’s. Darker tonalities likewise end up among brighter memories. The reader is witness to the Soviet ideology of the time soaking into daily life, and to the need to hide her thoughts and positions on issues.

In Tiia Toomet’s works, objects hold just an important place as time and history, which indeed are often manifested through those very things. Her descriptions are thick in detail, but are pragmatic, skillfully directing the reader’s attention to what is most significant. Kodused asjad (Home Things, 1987) offers fantasy-rich imagery of what surrounds us every day. A gas stove can easily be a fire-breathing dragon, a refrigerator humming in the corner a mysterious ice creature. Dolls and other toys are active and tell their tales in a number of Tiia Toomet’s books. Kaltsutitt ja puuhobune (The Rag-Babe and the Wooden Horse, 1996) shares knowledge with modern city children about the games and toys of Estonian country children in the past, Karu Lillekäpa töö-ööd (Teddy Flowerpaw’s Work Nights, 2010) focuses on acquainting young people with the Tartu Toy Museum. The nicely designed albums Nukuraamat (Doll Book, 1997), Suur karuraamat (The Big Bear Book, 2009; a history of the teddy bear), and Mänguasjad jutustavad (Toys Telling Stories, 2010) are meant for toy enthusiasts of all ages. The latter of these, which is subtitled “Stories of 20th-century Estonian Toys”, has especially great importance in terms of cultural history.

Tiia Toomet’s children’s books have been translated into Arabic, Dutch, English, Polish, German, Slovakian, and Russian. A number of short stories have also been published in collections in Swedish and Hungarian.