The 56th Illustrators Exhibition held during the International Bologna Children’s Book Fair will feature the artwork of the Estonian illustraator Marja-Liisa Plats.

The competition for the 56th Illustrators Exhibition was fierce. 3,873 participants from 92 countries and regions from all over the world sent their works to be evaluated by an international expert jury. First, the jury selected 318 finalists. The selection included Estonian illustrators Pamela Samel and Marja-Liisa Plats, as well as the Croatian illustraator Lucija Mrzljak who works and resides in Estonia.

From the finalists the jury chose 78 winners from 29 countries and territories of the world whose illustrations will be featured at the 56th Illustrators Exhibition of the Bologna Childrens’ Book Fair.

These 78 winner included Marja-Liisa Plats who sent 5 pictures from the book John the Sceleton’s Goings-On written by Triinu Laan and published by Päike ja Pilv to the exhibition.

The Illustrators Exhibition was launched in 1967. It showcases the latest trends in illustration and features a wide selection of artists from different countries. The exhibition is held during Bologna Children’s Book Fair.

More info from the web-page of the Bologna Book Fair. 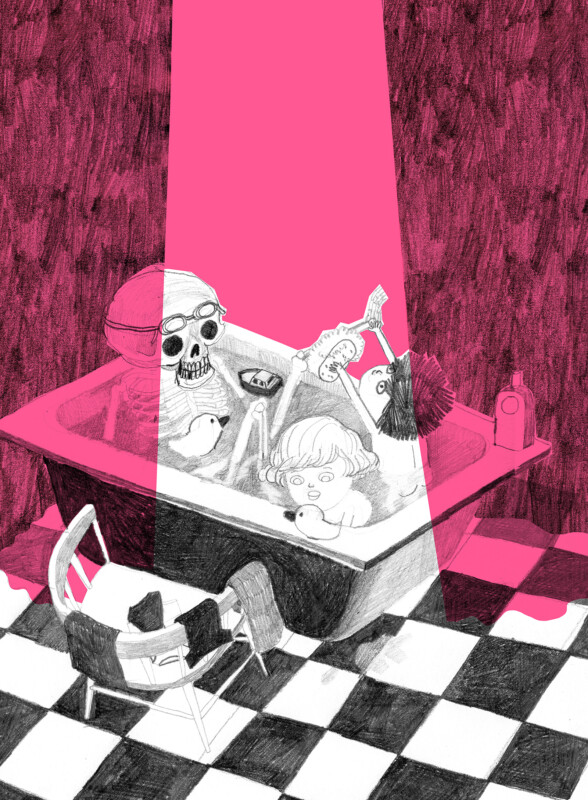