The Estonian Children’s Literature Centre awarded the Gem of the Year Prize to the most outstanding children’s book of last year on January 5th, 2022. A jury composed of all of the employees of the centre selected Where’d the Kids Go? by Indrek Koff and Elina Sildre to be worthy of the prize.

Where’d the Kids Go? tells a humorous story of a small town where the kids get tired of being bossed around by grown-ups and decide to go live in the woods. The book describes all the measures adults use in their efforts to lure the kids back into town. Indrek Koff’s verses that are not very common in our children’s literature make the book a real gem. The illustrations by Elina Sildre are also full of surprises and stand out from the illustrator’s previous work.

The children’s literature centre’s literature researcher Jaanika Palm says that the selected book stands out because of it’s fresh subject matter and masterful execution. “The book demonstrates without fail why grown-ups need children. Children that left the city take all the fun with them. There are no more gleeful shouts of kids running around, playing hopscotch, and jumping in the leaves. In Koff’s story only sincere intentions and shared playtime will bring the kids back, thus demonstrating the importance of the zest for life, playfulness and creativity.” Palm adds that even though it is the first book of poetry written by Koff, it holds up in comparison to the best children’s poets of Estonia.

The Gem of the Year Award was established in 2004. It is given to the most outstanding book published during the previous calendar year. The jury considers either quality of the text or the illustrations, or the book as a whole. The winners are announced during the end of the year celebration of The Estonian Children’s Literature Centre. Last year the prize was awarded to Juhani Püttsepp and Gundega Muzikante for their book The Moon is Like a Golden Boat. 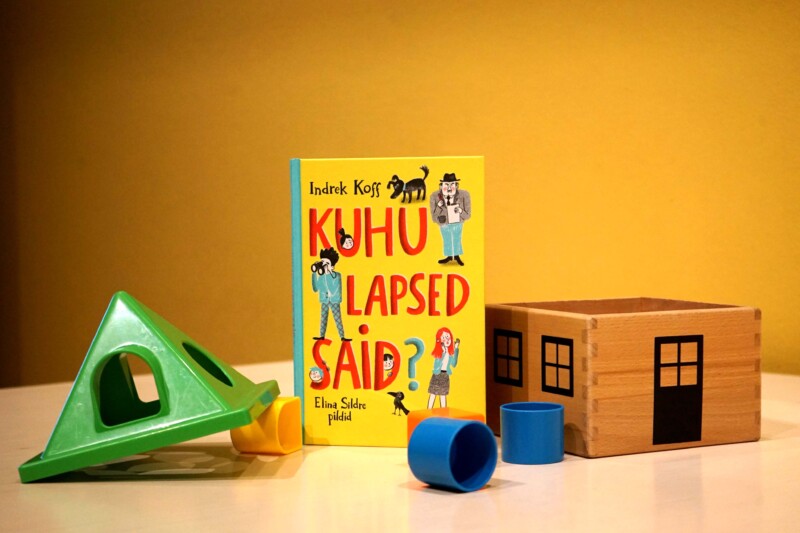