An exhibition of Italian comic artists and professors of the Grafite School of Comics in Bari is open in the Estonian Children’s Literature Centre’s illustration gallery. The exhibition titled Comics Come to Visit is open in the centre until November 27th, 2021.

Grafite School of Comicswas formed in 2012 by Gian Marco De Francisco (current general coordinator) and Fabrizio Malerba (current academic director) who merged two training institutions, Studio il Tratto (Taranto) and Lupiae Comix (Lecce). The aim of the school is to promote the culture of comics and graphic novel and form young artists. To reach these goals, the school offers a wide range of high-profile courses in three locations in Bari, Taranto and Lecce and in a short time it has become a national point of reference.

Over the years, the activities of the school have expanded to also include junior and kids’ classes. The course selection has also expanded and now covers the following fields of application: Comics, Script, Storyboard, Illustration, 3D modelling, Computer graphics, and Animation.

The staff of Grafite consists of about 30 professional artists, many of whom work with the nationally (Bonelli, Mondadori) and internationally (Marvel, Dc Comics, Lucasfilm, Glenat) renowned publishers. This exhibition presents a selection of works from professors of the school including: Davide Fabbri, Mauro Gulma, Giuseppe Latanza, Andres Mossa, Pasquale Qualano, and Domenico Sicolo.

According to Viive Noor, the curator of the exhibition the comic book culture in Italy is not in any way less developed than in France or Belgium. “Italy has a number of renowned schools of comics and it hosts a number of international festivals in the field.” The exhibition will give the Estonian public the opportunity to get acquainted with the comic book tradition of Italy and it is open during the opening hours of the centre. 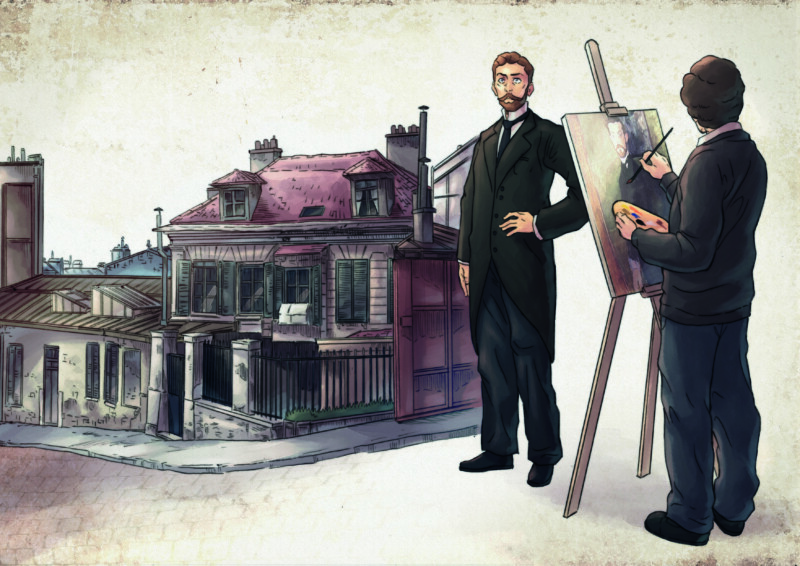