Children’s books are packed with a lot of excitement, there are stories that are well-known and those, that are less known. There are stories that are realistic and those that are mysterious. Have you ever thought, where is the beginning of all of these stories? Who were their first heroes? Book Flood – An Adventure Through the Stories of the North is an exciting exhibition full of activities that is open in the Estonian Children’s Literature Centre from August 26th to October 31st.

The idea of the activity exhibition started in a land far, far faraway. It introduces us to ancient legends and folk tales, as well as modern stories and children’s books. In addition to introducing the viewer to the heroes of Norse mythology, the exhibition draws a connection to characters from our local folk stories.

Come on an adventure where you can meet heroes from near and far – there are exciting traces of the North in every floor of the centre. Just make sure not to drown in books.

The idea of the exhibition belongs to the Icelandic writer and illustrator Kristin Ragna Gunnarsdóttir. The Estonian exhibition is created by the Estonian Children’s Literature Centre. It was designed by Kertu Sillaste, and the textiles are made by Tiia Mets. The supporters include the Nordic Council of Ministers´ Office in Estonia, The Nordics program, and the Embassy of Iceland. 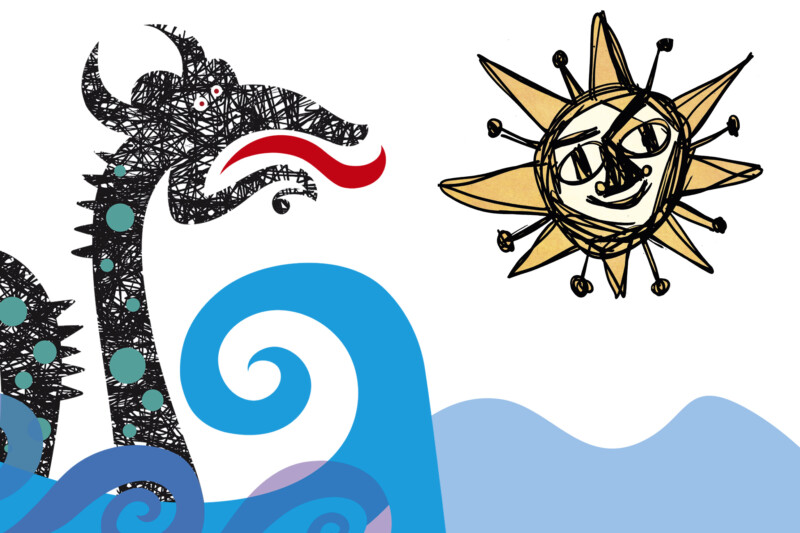