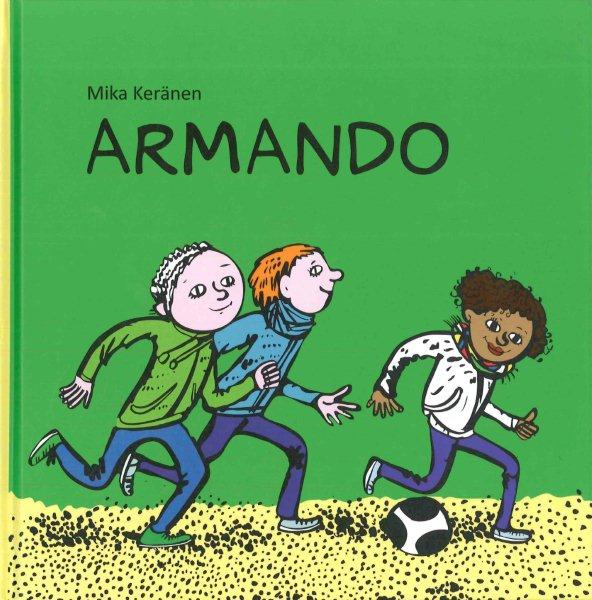 It was the first Monday of October, and a new student came to first grade in a Tallinn school – Armando, whose father is an Argentinian and mother an Estonian. Armando had lived in Argentina until that time, and doesn't understand everything in Estonian yet. He is, however, extremely talented at football. Armando is used to boys in Argentina kicking the football around all the time, and is surprised when the bigger second-grade boys don't let him play, saying that he is too small. When Armando says his juggling record is sixty, the big kids don't want to believe him at all. They let him play, however, and it turns out that Armando is a seriously talented football player, who in addition to his fantastic ball-handling abilities also knows a dance with incredible moves to be danced after a goal is scored – the tango. So it happens that Armando is accepted into the bigger boys' football team, which thanks to him wins its first match with the score of 10:0. Thus, the boy with large brown eyes wins everyone's hearts, and in addition to sharing his football secrets, he teaches his classmates to dance the tango as well.
Illustrator: Aivo Blum
2019, 93 pp
ISBN: 9789527322208
More info
Illustrator: Lilija Berzinska
Translator: Daila Ozola
2020, 55 pp
ISBN: 9789984335230
More info
2021 Childrens', Young Adults' and Parents' Jury (Bērnu, jauniešu un vecāku žūrija), 2nd place (age 9+)