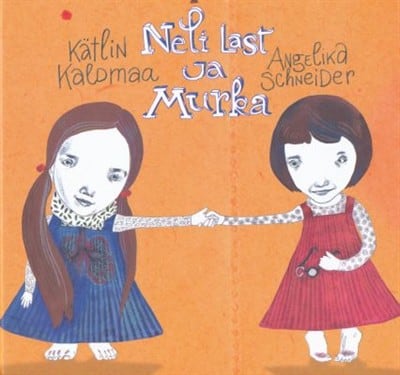 Mum always says that Märta and Grandma are like two peas in a pod, but Märta could never understan how two people could ever fit into something so small. Then, Mum explained that it doesn't mean Märta and her grandmother had ever been in a pea pod together – it simply means that they're very similar, like two of a kind. That's definitely a big load of baloney, because how can a very old person and a kid that's already kind of big be so very much alike? Like a big pea and a little pea?

The story, inspired by a childhood in Soviet Estonia, tells of four children's adventures at their grandmother's house in the country. A little spice is added by Murka, who is the world's biggest, bravest, and most courageous dog, because it fights the wolves.
Four Kids and Murka (ENG)