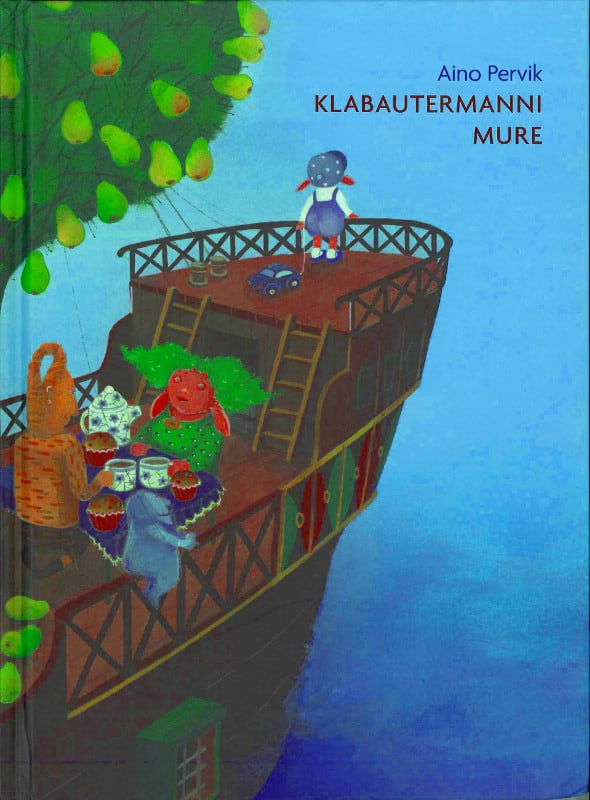 "There, where the land and the sea meet, a town has stood for already a thousand years. On the sea side of the town is a harbor. A passenger harbor and a cargo harbor. The harbor is also at least a thousand years old already." So begins the adventure of Kotermann and Klabautermann – ship-sprites, whose task is to take care of the vessel.

It's been a long time since Kotermann's ship Pamina has sailed on distant seas: its mast has so much as sprouted roots and now grows pears. However, smugglers that run everything they come across have made off with the ship – at the moment, sixteen small Chinese children being smuggled to America are locked in its cargo hold. The Topsail Family, which lives on the Pamina, comes to the rescue: the colorful company manages to scare the Waterrat crew to death and bring the small, fearful children on board the Pamina. Their task is far from over, however, because the children must somehow also be transported back home.

Thanks to the Chinese proficiency of a friendly bird-of-paradise named Tiuks, the queer crew makes contact with the Chinese Embassy, and the adventure continues at just a zestful tempo as before. The sixteen small Chinese children reach their parents, yet the kotermanns' hearts still aren't at peace – the smugglers' ship Waterrat, formerly the Sara, is now not only without a crew, but without a captain as well. Something must be done about this as well.
In this book, Aino Pervik returns to the subject of the sea, just as in her classic work Arabella, the Pirate's Daughter. As is characteristic of his writing, Pervik also brings a modern problem into the story – human trafficking, a solution to which is found using modern-day resources: both Skype and television come to the characters' aid. The writer plants little grains of wisdom for young readers throughout the whole adventure. Firstly, of course, they find out what those 'kotermanns' are and that they've even been made into songs; furthermore, children find out how important it is to speak foreign languages, and the writer has even cleverly managed to weave advice on how to behave with a dog into the story. Regina Lukk-Toompere's pictures that radiate mysteriousness fit with the kotermann story fantastically: strangeness and familiarity are well balanced in the pictures, colored in sea tones.