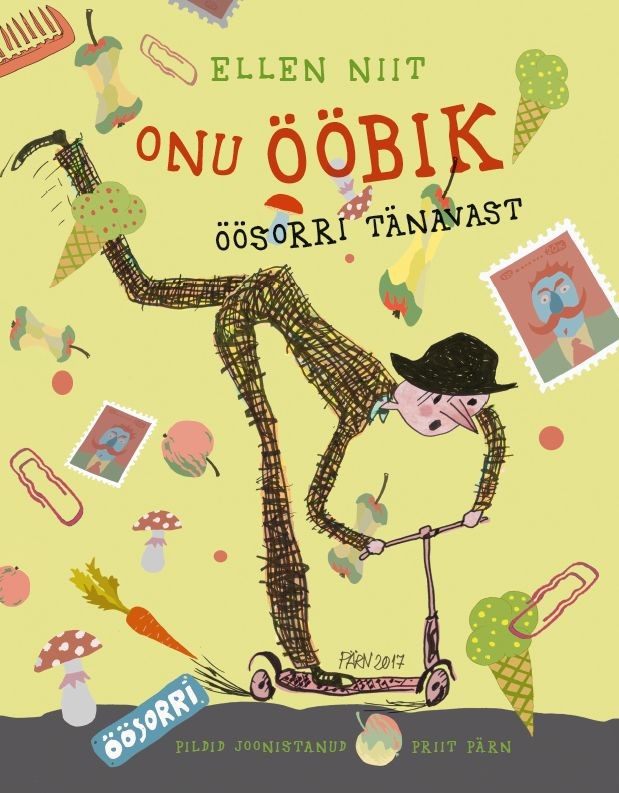 Mr. Nightingale loves doing everything a little differently than other adults do. He dresses differently, takes baths differently, and eats apples and ice cream in unusual ways. More than anything else, Mr. Nightingale enjoys riding his scooter and climbing trees in the park. He doesn’t like night work very much, but he just grits his beak and bears it. Mr. Nightingale has a great friend, whom he can rely on in hard times and is always up for an adventure: Marcus Stampfoot won’t turn down an invitation to go to the theatre or the beach, or to watch interesting shows on the TV set named Brighteye. The two friends things together just the way they like!

The stories in Mr. Nightingale from Nightjar Street were originally published in the children’s magazine Täheke starting in 1974, and have also appeared in various collections. The 2017 work illustrated by Priit Pärn is the first time they have been published together.
Mr.Nightingale From Nightjar Street (ENG)
2018 The White Ravens
2017 Good children’s book
2017  5 Best-Designed Estonian Children’s Books