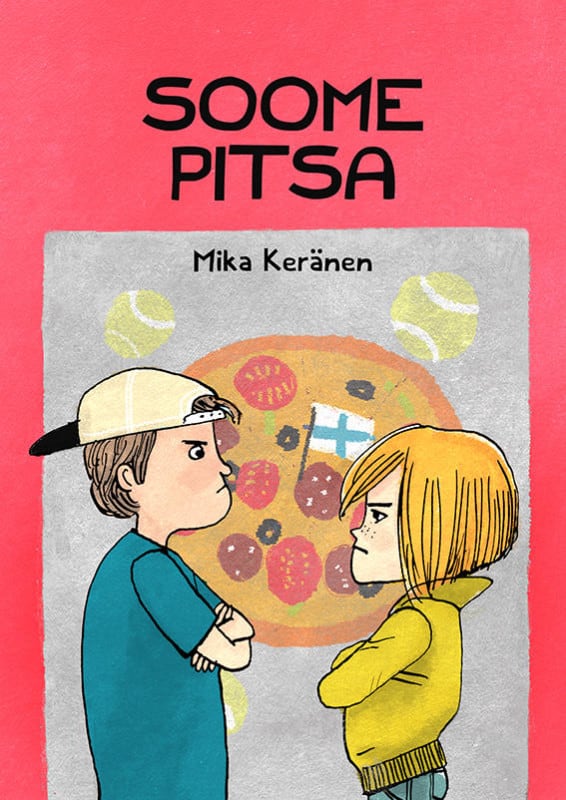 Following a school visit by a Finnish author, graffiti of a pizza and four tennis balls appears on the electrical box right beneath the cafeteria window. Olav touches it and gets wet paint on his fingers – that’s how fresh it is. The school principal draws swift conclusions upon seeing the boy’s fingers and before he even has a chance to defend himself, all of Olav’s teachers and classmates think he’s guilty. Luckily, Mari, Sadu, Reilika, and Anton – all members of a secret kid’s society – aren’t convinced. Together, they resolve to find out who really did it and clear Olav’s name.

The first book in Keränen’s The Souptown Secret Society series was The Stolen Orange Bicycle (2008). Finnish Pizza is the tenth.
The Finnish Pizza (ENG)
Award:
2020 “Järje Hoidja” Award of the Tallinn Central Library