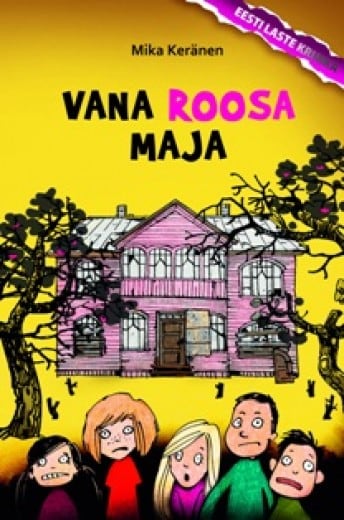 Something suspicious is again taking place on the sleepy streets of Supilinn – the next task the children's secret club encounters is catching a ghost! Mari, Olev, Sadu, Anton, and Reilika climb onto the roof of Sadu's garage, from which they can see a decrepit wooden house with peeling paint. Sadu says that a strange banging noise comes from it at night. Creeping up to the pink house next door, the children meet the friendly real-estate agent Krissu, who confirms their fears – a heartbroken young girl once lived in the house and may haunt the sun porch. The next time the children snoop around the house, however, they glimpse a man in the bushes that speaks an odd language and has an ancient camera. Their searches for the truth lead the club members to look for help from their parents, a world-famous photographer, and the friendly city dwellers – nothing seems as it first appears.