The Society of Gibraltar Ship Dogs 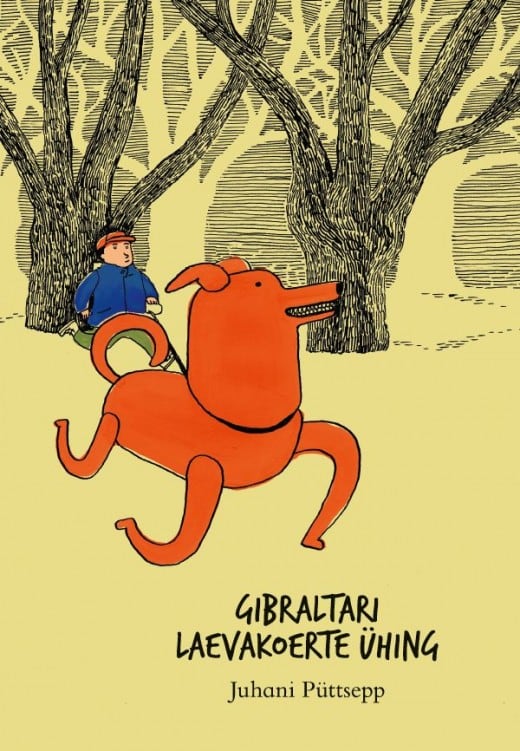 Standing in a little town of wooden buildings is a somewhat slanted three-storey house. Its colourful tenants include Sirje and her grandson Anton, who has been sent there for school. One day, a perky, clever fox-coloured dog appears at their doorstep. When Sirje and Anton are unable to find the dog’s owner, they decide to keep him as their pet. They name him Saku, buy him a bowl and a collar, and pay a trip to the vet. There, Anton informs everyone that Saku is a “Gibraltar ship dog” – a breed the boy himself has thought up. However, taming the formerly free-running dog doesn’t always go smoothly for his new owners. Thus, it comes as no surprise when the daring Gibraltar ship dog suddenly disappears one day.
The Society of Gibraltar Ship Dogs (ENG)
2016 IBBY Honour List
2016 Nominee of the Tartu Prize for Children’s Literature (Childhood Prize)
2015 Nominee of the Annual Children’s Literature Award of the Cultural Endowment of Estonia
2015 Good Children’s Book
2014 Children’s Story Competition “My First Book”, 1st place