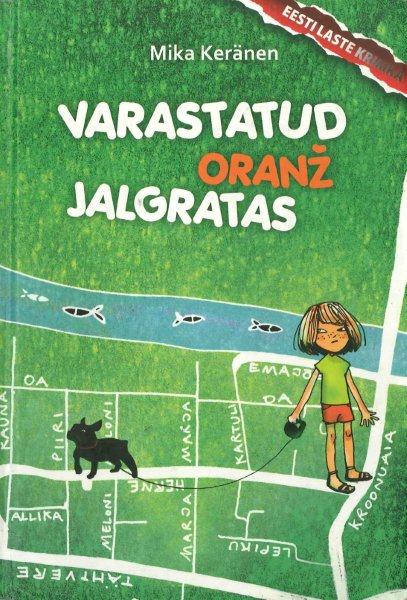 The Stolen Orange Bicycle is the first in an eight-part series of crime novels for children. Each volume tells a story about the adventures had by a group of child-detectives in Supilinn (Souptown) – a district of old wooden houses and lush yards in Estonia’s second-largest city, Tartu.

In the first book, a bicycle owned by a Belgian professor on his way to a folk-music festival is stolen in broad daylight. As the children start investigating, they quickly locate their first clue, and even an early spat between the club’s boys and girls doesn’t throw them off track. Over the course of their escapades, the children’s friendship solidifies as they go up against both delinquent boozehounds and neighbourhood troublemakers.