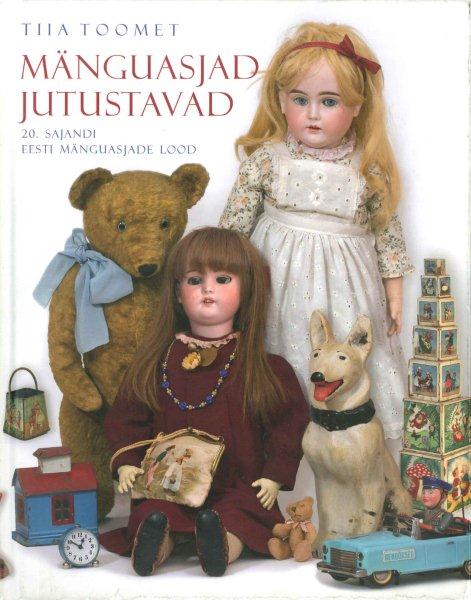 This album, complete with a rich selection of photographs, mostly tells the stories of some toys that have been donated to the Tartu Toy Museum, the Children’s Museum of Tallinn, and of toys belonging to various individuals. Old dolls, teddy bears, rocking horses, and tin soldiers bear the appearance of their time, reflecting the ideals of beauty and the educational principles of their day. The 20th century was not easy on Estonia, and therefore, the toys of this period also have many grave and sad tales to tell in addition to their cheerful stories. Dolls and teddy bears have gone through air raids and fires with their little owners, and many have taken the path of a war refugee, or been to Siberia with the deported. Especially moving is a story of a father who hid in the cellar for ten years after the end of the war, and carved a miniature version of their pre-war home for his daughter, who thought him long dead.
Toys Telling Stories (ENG)
2010 25 Best Designed Estonian Books