Ville the Lemur Flies the Coop 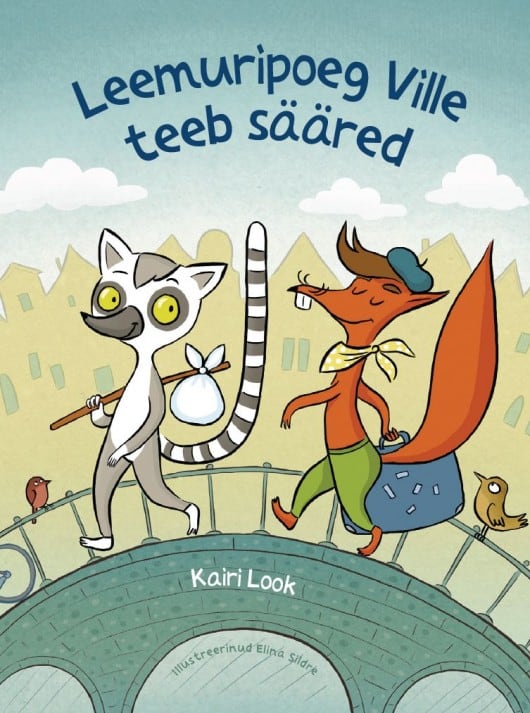 Little Ville might be the very first clever lemur – in fact, he’s as sharp as a tack and very curious. Ville often visits the squirrels who have family all around the globe and sends postcards from exciting places. On one rainy fall day, Ville meets Pierre, a squirrel from Paris and the duo forms a plan to head to France together. They embark on a large steamboat and soon enough arrive in Paris. Yet the Paris they arrive in is very peculiar: everyone rides around on bicycles, and there is one canal after another. It comes out that the ship has actually brought them to Amsterdam!

After many Dutch adventures, the globetrotters finally reach Paris and discover the city of wonders. They pass through the sale racks of grand department stores and gaze at the Eiffel Tower; they stroll through Montmartre and study the Mona Lisa. Paris is certainly lovely, but Ville realises that the world is much wider than it first appears and who knows – there might be new adventures waiting ahead for him.

Ville the Lemur Flies the Coop is suitable for little travel enthusiasts as the book will form and satisfy their curiosity. Everything concerning travel, even visiting a museum, is depicted in a child-like and friendly way; the book is good for reading both before and after a trip.