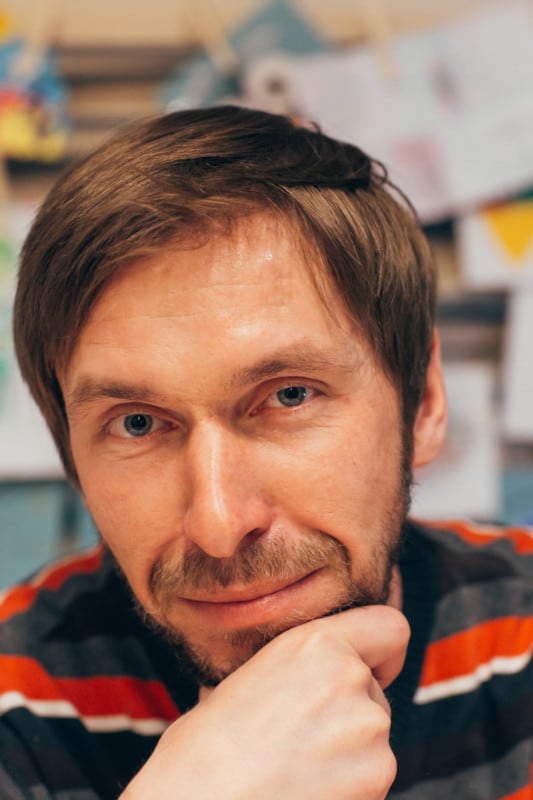 Anti Saar (1980) is a writer and translator who graduated from the University of Tartu in semiotics. Saar has translated over 30 works from French into Estonian and has written ten highly popular children’s books to date. He enjoyed immediate acclaim with his first book The Way Things Are with Us, which was selected for the 2014 White Ravens Catalogue in addition to receiving several awards in Estonia. Saar immerses himself in the world of children and is capable of glimpsing what is special in ordinary everyday life. His stories, which tend to ricochet from reality, are fluid, witty, and sensitively worded.

2014
The White Ravens (The Way Things Are With Us)

Anti Saar (1980) is one of the most interesting and distinctive members of the younger generation of Estonian children’s writers. After graduating with a degree in semiotics from the University of Tartu, he began writing poetic prose for adults and translating both fiction and non-fiction from French into Estonian. All these tightly-bound contributing factors – a polished style, a light and free French spirit, and deeply-embedded philosophical content – are fascinatingly wound into Saar’s children’s literature.

Saar rose onto the Estonian literary scene like a dazzling comet with his debut children’s storybook Kuidas meil asjad käivad (The Way Things Are with Us, 2013). It’s rather uncommon for a debutant to receive not just one, but two major awards in what is otherwise a very stable literary field. Nevertheless, the book won both the Raisin of the Year Award and the more prestigious Cultural Endowment of Estonia’s Award for Children’s Literature – Saar stood out among his peers for his exceptionally fresh and novel style. At the center of the plot is a fun little family whose everyday adventures are told by the preschool-boy, Vassel. The boy explains how they cook and eat, drive and forget things, get ready for Christmas and tell scary stories. Saar creates a literary world that is warm and heartfelt, and while it has its share of problems, difficulties, flubs, and failures, the supportive ties of the family within establish a safety net that every one of us so dearly longs to have.

Warmth and a sense of sticking together are also vividly expressed in Saar’s illustrated children’s book Külaskäik (The Visit, 2017), which tells of a boy who goes to visit his grandfather in the countryside for the first time since his grandmother’s death. Deep sorrow leads him on a journey into an apple, during which various memories of his late grandmother surface. Having taken comfort from these fond recollections, the boy finds the courage to carry on.

We meet Saar’s favorite character in his five-book Pärt Series: starring a tyke who encounters a whole range of dilemmas both big and small. Pärt could conceptually be Vassel’s little brother, likewise living in a quaint little town with his wonderful mother and supportive father. In addition to his parents, however, Pärt has an older brother named Joosep and a little sister named Leenu. The boys share similar personalities: they are attentive observers, curious, and have a strong sense of right and wrong. Both are fairly selfish and self-centered, but what matters most is their determination and resourcefulness at finding ways out of tough situations. As such, Pärt isn’t daunted whenever he must face the fiery and motormouthed neighbor-girl Kaisa, who criticizes him for his poor trampoline skills (Pärt Can’t Do a Backflip, 2017). Even a trip to the grocery store with his father can pose challenges. Once the pair finish shopping and get in the check-out line, Pärt’s dad realizes he forgot to get yeast. He leaves Pärt holding their cornucopian shopping basket and their place in line, and disappears amidst the aisles (Stand Here, Pärt!, 2018). When a ripe plum falls before Pärt’s feet as he’s walking home from school, the boy is faced with a dilemma – he sunk his teeth into the fruit without a second thought, but now he’s hungry for more. Pärt would gladly stuff his cheeks with more, but none of the rest show any signs they might fall from their branches anytime soon. The boy wonders whom the plums belong to when they’re hanging from a branch over the sidewalk that’s attached to a tree in a stranger’s yard, as well as what he might be able to do to make another plump fruit drop all on its own so he can munch on it guilt-free (Pärt and the Plums, 2019). The boy’s patience is seriously put to the test when there’s one left-over slice of a cake his aunt brought them (Pärt and the Last Piece of Cake, 2018), as well as when he misses his stop when taking the bus home from school (Pärt Goes Full Circle, 2019).

There isn’t much external activity in Saar’s Pärt books, but the fact is compensated by strong inner dynamics, i.e. the boy’s buzzing thought process. The writing resembles the boy’s stream of consciousness, free-flowing and unimpeded. Very few authors are capable of applying such a style successfully and in a way that captivates readers – only writers who possess a sufficient degree of emotional intelligence and self-confidence; who are articulate and perceptive in their word usage.

Since his very first work, Saar has stood out as possessing a keen understanding of child’s psychology and being adept at putting it into words. For him, a little boy’s world is as limitless as the cosmos and is packed with surprises, puzzles, and mystery. At the same time, this world also contains rationality and practical aspects that match the boy’s level of experience. When reading Saar’s works, one never doubts who is describing the events as they unfold – without exception, it’s preschooler Vassel or just-turned-seven Pärt; never an adroit author weighing what might sound better or have more of an impact.

Saar’s stories are easy for young readers to follow and be swept along with, but at the same time they are intriguing and inspire them to think, brimming with dilemmas faced by completely ordinary children. As many people have no doubt found themselves in Vassel’s and Pärt’s positions at some time or another, readers can smoothly slip into the boy’s shoes, accompanying him through the tremulous emotions, and drawing comparisons to their own lives. Saar has a sharp eye for what is special in a regular kid’s mundane life: simply jumping on a trampoline on a summer morning, taking an everyday trip to the grocery store to pick up the essentials, or coming across a plum on the sidewalk can be a true adventure for the protagonist – something even akin to discovering unknown lands or taming savage lions. As he describes life through the eyes of a child, the author is able to put aside his own personal experience and start with a blank page every time. Consequently, his storytelling is genuine, refreshing, and engaging from start to finish. Saar knows the recipe for a great children’s book.