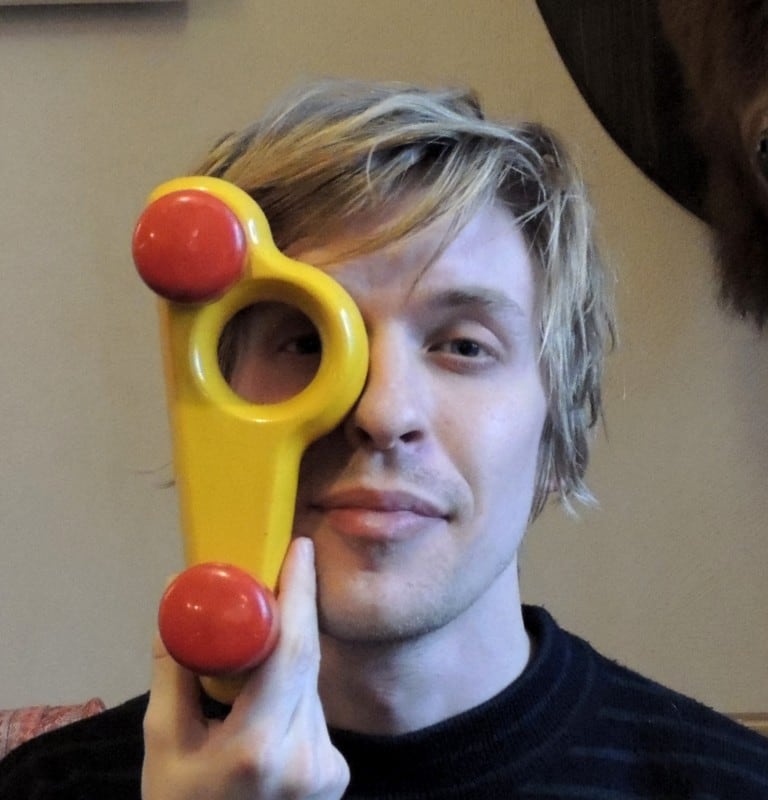 Jonas Taul (1986) is a picture book author, illustrator and visual artist. He graduated from the Gerrit Rietveld Academie in Amsterdam in audio-visual art and studied animation at the Estonian Academy of Art. A Serious Thought is the author’s debut, which received immediate international acclaim after being published in Estonia and has already been translated into several other languages. Taul is intrigued by existential topics and visual storytelling. Readers are enchanted by his sensitive, delicate, minimalist black-and-white illustrations that are arranged to the point of perfection.

Since I was small I remember looking at films in foreign languages and at the pictures in books without reading the text. Through the visual language provided I would construct the stories of what they meant within my head. This was a very engaging and inspirational experience and as I would draw a lot myself as a child, I started to create my own stories and little books with paper and pen. Since then I have been creating art in many different formats, yet what has been prominent fascination is the language of visual storytelling that has bought me back to illustrating and writing children's books at an older age.

I also firmly believe that creative work should never be limited to one format, it should mutate and unfold into other dimensions so that it can grow and flourish. At the moment I am exploring this by also adapting one of my books (A Most Exquisite Man) into a stop-motion animation film at Nukufilm studios.