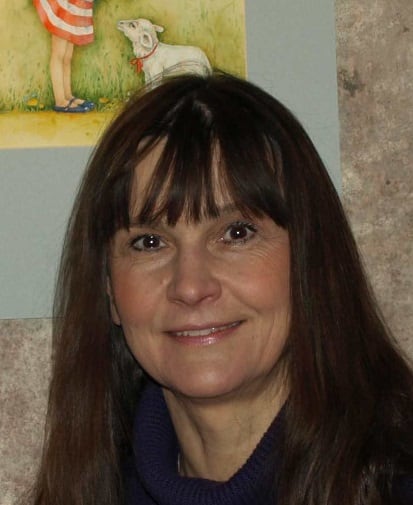 Kärt Hellerma (1956) is a novelist, travel writer, poet, and critic. She graduated from the University of Tartu and worked as a journalist before becoming full time writer. In addition to children’s books, she has published novels, a travelogue, and collections of short stories and literary criticism. She has collaborated with the children's magazines Hea Laps and Täheke.

Although the main characters of Sensitive Ears are six- to seven-year-olds, Hellerma's children's work is directed towards readers aged 10+. This is testified by the storytelling's problem placement – a tale about two children with hearing disabilities adapting in today's world – as well as the text's volume and illustrations, which are finely detailed and in black-and-white, drawn using different techniques by graphic designer Reti Saks.

Sensitive Ears is the story about a girl named Kairiin, who suffers a strange illness – sensitivity to all kinds of sounds. One can only talk to the child in a whisper, she can't bear street noise, the sound of airplanes, audio from the television, or even a telephone ring. Therefore, the lives of Kairiin and her parents are extremely bothered when a boy named Teodor, his mother and father move into the floor above their home in a multi-story panel building.

Almost the same age as Kairiin, Teodor suffers from a disease that is exactly the opposite: namely, he has a panicked fear of silence. "For him, silence was worse than an earthquake or a tsunami; even worse than death," the book reads. "The louder the racket, the happier and more peaceful Teodor was." The boy has to have music blasting or the television playing at full volume all the time. His parents, who don't refuse their son anything, likewise have a hard time coaxing the boy away from their home computer.

Naturally, Kairiin can no longer live in a house where music is constantly blasting. She is sent to the country. Her Great Aunt Liisbet's archaic way of living, which is characteristic of many dying-out rural places in Estonia, helps Kairiin get over her sickness quickly. Teodor, who just happens to end up in the same place as if by a miracle, sees his condition improve likewise.

Nevertheless, Sensitive Ears is not a social critique of urbanizing society, but rather is written as a poetic fable that still has a contemporary and convincing effect. The author genuinely sympathizes with children that are closed off into themselves for one reason or another; children, who lately can be encountered quite often. Similarly, she implies that such children's problems may stem from the strange and artificial urban environment surrounding them, as well as from the excessive care of loving parents.

In her new children's book published in Fall 2012, Taevarändurid ja teisi jutte (Pilgrims of the Sky and Other Stories), Hellerma continues her poetic fairy-tale style. "These stories – or fable-speeches – are dedicated to life in a broader sense, because everything around us is alive," the author explains. And so, things such as the winds and mountains, even letters and stars start to talk in human language in her book. The work brings together into a single binding stories meant for readers of different ages, and moves from simpler tales towards more complicated ones. The illustrator, Catherine Zarip, connects the stories into a single whole with her watercolors. Still, it seems that the right Pilgrims of the Sky reader is rather 10+ than younger, and as quite little is written for that target age in Estonia, Kärt Hellerma's books have been very much welcomed on the Estonian children's literature scene.