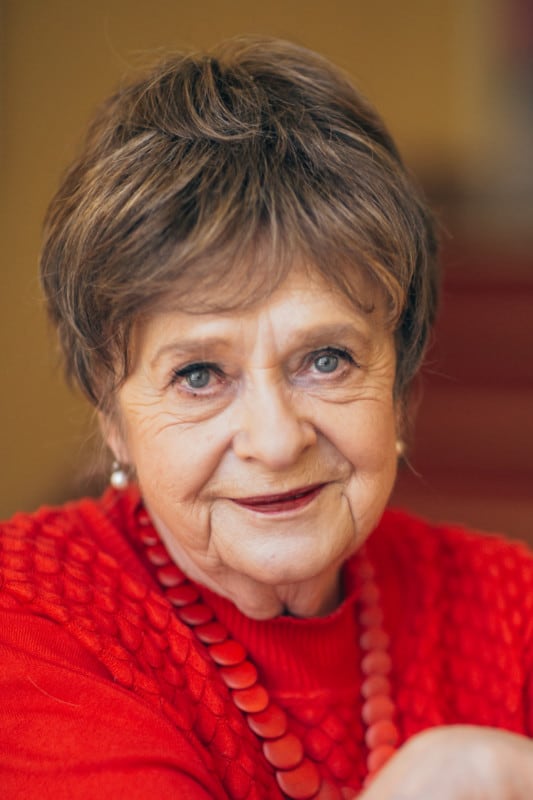 Leelo Tungal (1947) is a beloved poet, children’s author, and translator. She is the founder and served as a long-time editor-in-chief of the children’s magazine Hea Laps. Tungal has written more than 90 prose and poetry books for children and young adults. She has received a multitude of honours and awards, including the IBBY Honour List in 2010, the Baltic Assembly’s Prize for Literature, and the Cultural Endowment of Estonia’s Award for Children’s Literature on two occasions. Her works are optimistic, communicate directly with the reader, and contain fluid storytelling and wit.

2014
The Merit Award "With Children and For Children" of the Ombudsman for Children, for the lifetime achievement
Latvian Children's, Young Adults' and Parents' Jury (Bērnu, jauniešu un vecāku žūrija), 4th place (age 11+)( „Südasuvi")

2012
Bench named after Helmes, Feliks and Leelo Tungal in Ruila

2005
Republic of Estonia Order of the White Star, IV Class

1997
Annual Children’s Literature Award of the Cultural Endowment of Estonia (We Spook! We Haunt!)

Leelo Tungal (estlit.ee)
Leelo Tungal (lyrikline.org)
Wikipedia
For Estonian children, the name Leelo Tungal (1947) is a synonym for 'writer'. On one hand, this understanding has been shaped by an alphabet book completed in 1977 in collaboration with Ene Hiiepuu and Edgar Valter, and which children are still taught by to this day. In 2003, the collection of stories titled Anna and Adam's Tales was completed with the same characters. On the other hand, Tungal's poems are found in all Estonian textbooks. The writer herself worked as a teacher for many years: she is familiar with school life, with the desires and needs of children, and those topics, which are good and necessary to cover during the school year. Textbook authors find suitable literary pieces among Tungal's works, where humor and childish nature are combined with a subtext that has content-rich weightiness and a spirited style.

Within Tungal's poetry are a former child and the balance of a current adult. The writer views the world through a child's eyes, from a standpoint of a small person studying life in the world and getting the feel for its rules. She always takes the side of a young person, even when she wants to teach and raise the individual, to disapprove of some character flaw or reprehensible behavior. By way of jokes, turning things upside-down, or using paradoxes, the poetess directs the reader to the very idea that she wishes to impart.

The writer knows that it is necessary for a child to make him- or herself seen and heard, to feel the love of parents, to partake in their time, to play. A noteworthy percentage of Leelo Tungal's children's poetry also carries a message for the portion of adults, who have forgotten what it was like to be little. In poems of the newer age, the child remarks and is saddened by the fact that time the family spends together has dwindled. The poetess also regards a child's connection to nature as natural and good. A child is made happy by his or her own creations, or by when there is an opportunity to view the handicraft of amazing nature and contact it in the most direct way possible – playing in the mud and streaking their cheeks with berries they picked themselves.

Tungal's poetry works seem cheerful and full of tricks on the surface. Yet, this is only the surface. Here, the reader encounters a child's pained heart and wounded soul, shares in his or her weight of the world. Tungal's topics are taken from daily life, but are not solely describable. With unexpected wordplay or a creative subtext, she lifts the poem above the reader's daily life for a moment.

Leelo Tungal stands out for her productivity and wide range. She writes poems, stories and plays, additionally librettos and lyrics, and does translations. She has written for adults as well as children of all ages. Tungal has published the magazine Hea Laps (A Good Child) since 1994. She is recorded in literary history primarily as a children's poetess. Tungal entered adult poetry in the 1960's, and the children's scene in the 1970's with the picture book Karune lugu (A Bear Story, 1975). Her other children's debuts include the Koera elu (A Dog's Life, 1976) verse booklets and Hundi lugemine (Counting Wolves, 1978), which contains humorous animal poems with an inventive punch line for small children.

In poetry books published during the 1980's, Tungal arrived at her subject – preschoolers and early schoolchildren at home and at school; a good example of this being Väike ranits (The Little Satchel, 1982). The best works published during the preceding period can be found in the anthology Vana vahva lasteaed (Great Old Kindergarten, 1988). The next mid-digest, Lepatriinu faksiga (Ladybug with a Fax), was published in 2004, and presents poems from the years 1973–2004.

Leelo Tungal's first book of prose for children is a travel story rich in happenings, and bears the title Neitsi Maarja neli päeva (The Virgin Mary’s Four Days, 1980). The main character of this highly humorous young person's tale is middle-school student Mary. We meet her eccentric aunt, her friends and teachers. Tungal tells of what replaced the girl's trip to Riga that fell through, and what kinds of life-lessons and experiences she gathered along the way. Also aimed towards children is Varesele valu (Pain for the Crow, 2002) and Siri Siiriuselt (Siri from Siirius, 2003), which contains elements of fantasy.

The next stories form a trilogy addressed towards intermediate-aged children. Pool koera (A Half of a Dog, 1983) is an adventure tale with criminal tinges, in which a boy that has run away from home foils thieves' plans to burgle the school. Social topics set the tone in Kirju liblika suvi (Colorful Butterfly Summer, 1986) – a parent's problem with alcohol from a child's point of view. In the end, everything in the story takes a turn for the better. Pille, Madis ja teised (Pille, Madis and Others, 1989) contains a couple of longer stories involving children familiar from previous tales – their characters now open up from a completely different face. The children's challenges this time are theft, alcoholism, and death.The main character in Kristiina, see keskmine (Kristiina, the Middle One, 1989, 2nd place in the 1992 I Nukits Competition) is a six-year-old girl, whose genuine and childish narration creates a true-to-life picture of family life, and thereby society more generally. Tungal exhibits utmost understanding in terms of what goes on in a child's soul, and also uses infectious humor in the case of serious topics. The two-part story Barbara ja suvekoerad (Barbara and the Summer Dogs, 1992, 2nd place in the II Nukits Competition) and Barbara ja sügiskoerad (Barbara and the Autumn Dogs, 1994) deals with the fate of abandoned dogs. Kollitame! Kummitame! Ehk Kollikooli kasvandike juhtumisi tänapäeval (We Spook! We Haunt! Or, Monster School's Pupils' Happenings Today) earned a Cultural Endowment of Estonia Annual Prize for Children's Literature. Over the years 2004–2005, her Felix the Hedgehog trilogy was published and earned 3rd place in the VIII Nukits Competition. Naljatilgad lähevad laulupeole (The Tilk Family Goes to the Song Festival, 2009) is similar in some ways to the book telling of Kristiina, and introduces the Estonian Song Festival tradition through the eyes of a tiny girl.

Two books – "Seltsimees laps ja suured inimesed" ("Comrade Kid and the Grown-Ups", 2008) and "Samet ja saepuru" ("Velvet and Sawdust", 2009) – were written by Tungal about her own childhood, which spanned the first years of Soviet power. The subject is tragic – little Leelo witnessed her mother being taken away, just as she did the deportation of her grandmother earlier. The girl is left alone with her father: older women around the town help to raise her. The story, which will put tears in any reader's eyes, is written with an infectious sense of humor that helped her get by in that time full of absurdity and justified fear. In 2010, Leelo Tungal was put on the IBBY Honour List for her book "Seltsimees laps ja suured inimesed".