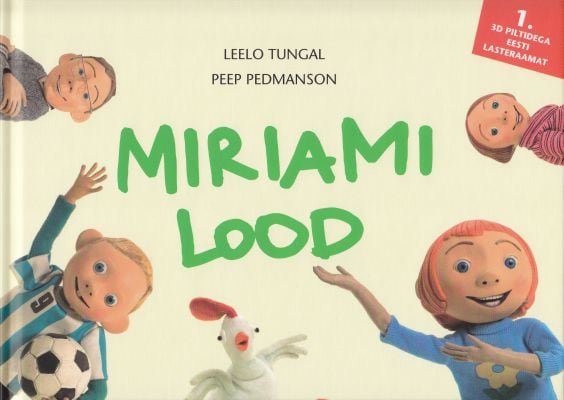 Six-year-old Miriam is a strong-minded girl, whose imagination and desire to be by herself lead to all kinds of funny situations and adventures. In addition to Miriam’s father and mother and little brother, her family also includes her great friend, the hen. Grownups say that it is not really a pet, but a toy, and that everything that happens to it is in Miriam’s imagination. Miriam does not agree.

All four stories are based on animated films from the Nukufilm puppet animation studio. Nearly half of the 140 illustrations (60, to be precise) are 3D images, and the book comes with corresponding glasses in order to view them. The book also comes with a DVD of the world’s first digital 3D stop-motion-animation film, Miriam’s Picnic (Nukufilm 2007, duration 5 minutes).
Translator: Marina Tervonen
2010, 88 pp
ISBN: 9789949452743
More info
Tales of Miriam (ENG)
ISBN 978-9949-452-16-3 (DVD)