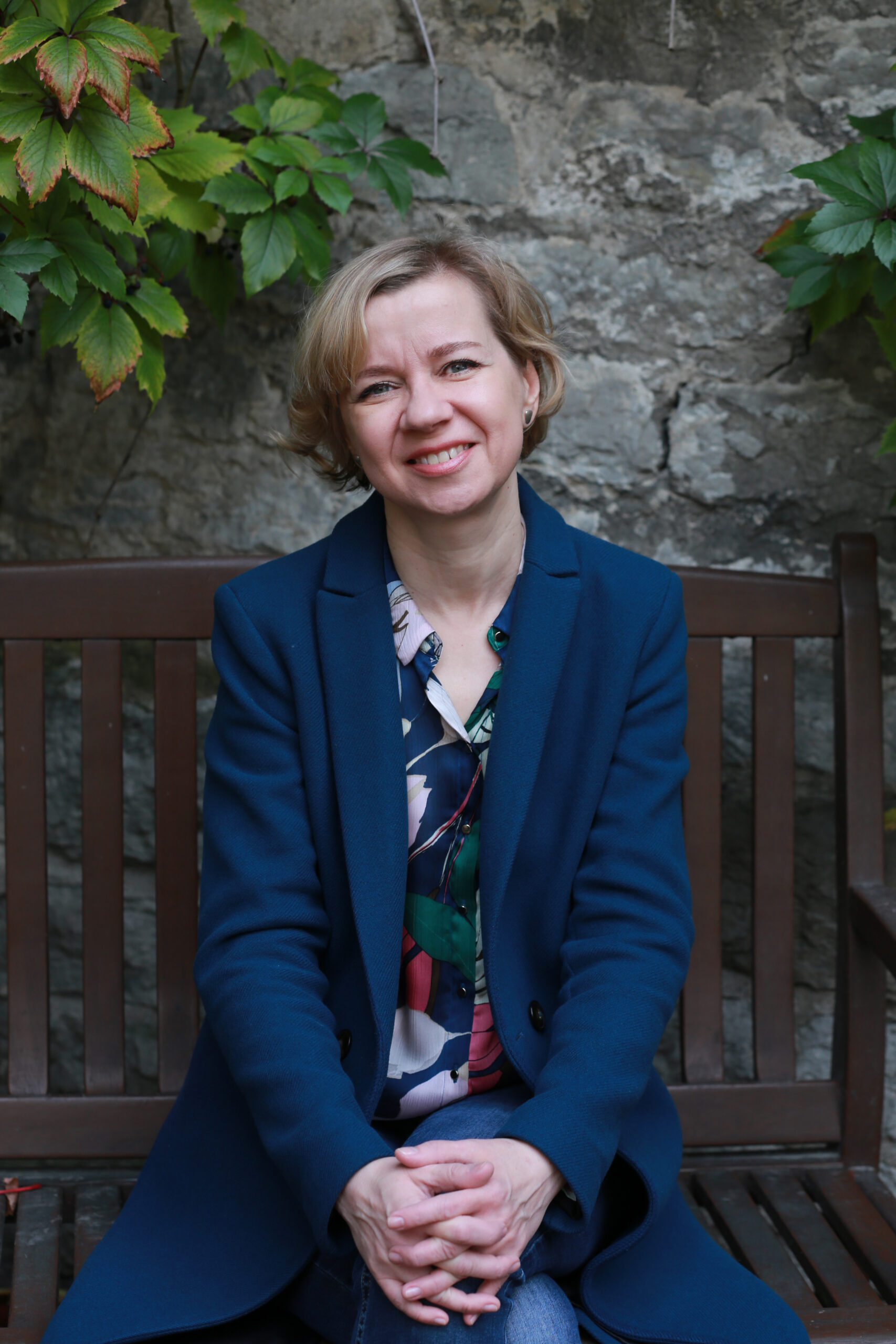 Piret Raud (1971) is the most successful contemporary Estonian children’s writer and illustrator. She graduated from the Estonian Academy of Arts in graphic arts, and initially set off on the same path. After trying her hand at writing, Raud has since become the most renowned and widely-translated children’s author in Estonia. She has written 21 titles (eight of which were commissioned by Japanese, French, and British publishers), has been translated into 20 different languages, and has illustrated more than 50 titles. Her writing has received spectacular recognition both at home and abroad. She was included on the 2012 IBBY Honour List as writer and in 2018 as illustrator; in the 2010 and 2013 White Ravens catalogue; and was awarded the Estonian Order of the White Star, IV Class in 2016.

I illustrated other authors’ books for ten years, until one moment I decided to try my own hand at writing. I took part in a children’s manuscript competition and won. The manuscript became a book, which unexpectedly received very good reception. The path towards writing was opened. I truly enjoy my work. Room for goodness, for humour and happy endings can be found in children’s books. It is immensely revitalising and pleasant to spend a little bit of time every day in a friendly world of my own creation.

2017
Good Children’s Book (All My Relatives)

2017
Piret Raud at the London Book Fair on Wednesday, 15th March 2017
Premiere of the Theatre Play The Fishes’ Tea-Parties in Genf

Home Page
Wikipedia
Piret Raud (1971) is one of the most outstanding authors of modern-day Estonian children’s literature, both in terms of diversity and recognition. The author originates from a highly cultural background, which explains a thing or two: her mother Aino Pervik and father Eno Raud are some of the most renowned and loved fairy-tale authors in Estonian children’s literature. Taking account of Piret’s success foremost in book illustration, one is also reminded of her aunt on her father’s side – Anu Raud, who is a highly esteemed textile artist.

As such, several great talents hovered above Piret’s crib when she was born into this world in 1971. Studies at the Estonian Academy of Art gave her a master’s degree in graphic design. Piret appeared on the Estonian children’s literature scene in 1994 with illustrations for her mother’s Aino’s book Keeruline lugu (A Complicated Story), and her father Eno’s 1997 work Kala kõnnib jala (A Fish Takes a Walk).

By now, we can speak of Piret as a graphic designer for books, a writer, a journalist (she was an editor for children’s magazine Täheke for some time), as well as an art teacher.

As an illustrator, Piret has received an enormous amount of praise both in Estonia and abroad. She has received awards such as certificates for the 25 Best Designed Estonian Books and 5 Best Designed Estonian Children’s Books; has participated in international exhibitions and competitions such as the Baltic States’ Book Art Competition, the Tallinn Illustration Triennial, and the Bologna Book Fair; has been awarded the Estonian National Library’s Golden Book Award, as well as the Estonian Children’s Literature Center’s title of “Raisin of the Year” for Most Interesting Children’s Publication (Härra Linnu lugu, Mr. Bird’s Story, 2009). As Piret has been both a writer and an artist for several of her books, both of those aspects are also blended in a number of the honors she has received.

As a writer, Piret Raud has received the Annual Children’s Literature Award of the Cultural Endowment of Estonia on three occasions: for her books Sanna ja salakütid (Sanna and the Poachers, 2005), Printsess Luluu ja härra Kere (Princess Lulu and Mr. Bones, 2008) and Lugu Sandrist, Murist, tillukesest emmest ja nähtamatust Akslist (The Story of Sander, Muri, Eensy Mum, and the Invisible Aksel, 2015). Piret Raud has been put onto the IBBY Honour List as the writer of Princess Lulu and Mr. Boney”.

In illustration work, Piret Raud’s style can be characterized via three types: while her earlier works were full-design picture surfaces, a picturesque and occasionally surreal background (A Complicated Story) supporting on carefully-drawn details, the artist has moved forward in a laconic direction. A large number of children’s books have been published with only black-and-white illustrations, such as Ellen Niit’s poetry collection and her mother Aino Pervik’s series “Paula’s Life”. At the same time, those sometimes extremely small black-and-white pictures are drawn with an extremely sharp mind, masterfully, so that every detail is rich in meaning. The synergy of picture and text in the “Paula’s Life” series is characterized as a graphic mini-short-story, so significantly does the picture support and amplify the message of the text. In her current creative phase, Piret prefers to leave color pictures on a white background, allowing the drawing’s playfulness, humor, and fine grotesques to be brought out.

We see a dominance of fairy-tale-type stories in Piret’s writing, yet the true story Tobias ja teine B (Tobias, Second Grade) is also very important alongside that tendency. The miniature multimedia work Emma roosad asjad (Emma Loves Pink) is an utterly unique achievement. Piret Raud’s fantasy deals very clearly with contemporary real-life issues in fairy-tale form: with unemployment, homelessness, uncertainty, the power of money and corruption, etc. Why? The writer has replied: “I suppose that I think about those things myself, and they’re reflected in my books. But I do believe that one can talk to children about such things already at an early age. All of the news and life in the whole world reaches them in the same way as it does adults. So, it’s good if the side of goodness and justice is supported in a book somewhere.”

Even the miniscule fairy tale about Emma’s love for pink things is quite true to life: no matter that Emma only enjoys pink things – a green cabbage brought by her green frog friend changes her outlook!