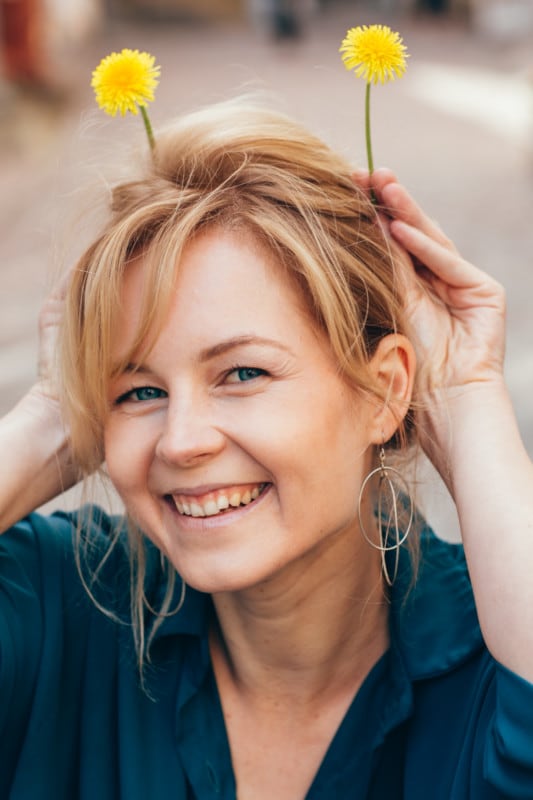 Kairi Look (1983) is a children’s writer and publisher. She graduated from the University of Tartu in physiotherapy, and from the University of Amsterdam in children’s rehabilitative therapy. Look works in academic publishing, but writing children’s books is her greatest passion. She has penned a total of seven books to date, many of which have been awarded and translated into languages including Finnish, French, German, and Lithuanian. In addition to this, she writes short stories for the children’s magazine Täheke and plays.

Look''''''''s third book, Peter – “Pete” to his Friends, which won the Tartu City Children’s Literature Award in 2015, was staged in NUKU Theater and Lendteater in 2015; Piia Biscuit moves in has been staged as an audio play in the Estonian National Radio. In 2015, Institut français d’Estonie awarded Look a residency in Paris and she cooperated with the renowned illustrator Isabelle Bonameau (L’Ecole des loisirs). In 2016, her book The Kooky Museum of Mr Glass was a present for all the kids who started school in Tallinn.

Kairi Look has lived abroad for many years, mostly in Amsterdam and Paris, and has a deep love for travelling, cats and caramels. Not to mention laughing and being a little silly every day, just like in every one of her books. The author’s works stand out for their stunning fantasy, brisk pace, unusual characters, playfulness, and humour.

Wikipedia (German)
Kairi Look (born 1983) is a young children’s author who has lived all over Europe for many years, and received great attention in Estonia already with her first children’s book, Ville the Lemur Flies the Coop (2013). Altogether, she has penned only three books so far, but each of them has been awarded and acclaimed. The first two works are additionally connected by their very international settings: one in European metropolises, the other in an international airport. They reflect today’s global world, in which a multitude of different nationalities and people (or animals) come into contact.

Ville the Lemur Flies the Coop is an adventure tale full of unexpected twists. Its main character is a baby lemur, who together with a French squirrel decides to escape the humdrum jungle for Paris. But while trying to make their way to the land of street cafés and croissants, they need to take a detour to Amsterdam, where they meet a helpful cat. It probably takes just these couple of short sentences for more fact-abiding readers to start tugging out their hair – what kind of a world is it where squirrels and lemurs mingle, and the pine trees grow on a tropical island? How could they traverse a direct route from there to Paris or Amsterdam with a single ship and in a single day? It can’t be Madagascar, can it?! If, however, you abandon logic and geography, then what hatches is a brisk adventure that sweeps the reader along through different societies, prejudices, values, and lives – from the wild forest to the Louvre’s glass pyramid. You can sense the delight with which the author, who has personally lived in both Paris and Amsterdam, describes Ville’s new environs and strange acquaintances, and jokes about them. The book was awarded third place in the 2012 My First Book Children’s Story Competition.

The Airport Bugs Fight On is Kairi Look’s second children’s book, the main characters of which are – as you can guess from the title, bugs. Hardly anyone would like the thought of airports being full of fleas, termites, and flies. Hopefully they aren’t. But the book’s plot takes place in just that kind of an airport. Specifically, the baby flea Ludvig is born into a big, friendly flea family at an old airport; a family that always takes care of all its members. Life is absolutely brilliant. That is, until a barking package containing the puppy Robi ends up in the baggage room one day. Robi quickly befriends the bugs, but delivers worrying news as well. Specifically, his master is an inspector, who has been tasked with taking over the airport and closing it if at all possible. While people would probably be only glad to hear something like that in real life, it naturally brings the bugs no joy, and they decide to resolve the matter together. The airport-rescue operation puts Robi’s former way of life in danger as well, and things turn perilous. Kairi’s work tells a story about friendship, working together, and also taking care of one another. The book has received awards, likewise.

Kairi Look takes a step into the everyday world for the first time in her book Peter – “Pete” to his Friends. Or does she? One day at preschool, Markus, who lives with his father (a university researcher), meets a new boy he hasn’t seen before. The boy, who introduces himself as Peter (“Pete” to his friends), claims to own a telephone that has a direct line to Santa’s elves. Of course, the children then start to ask the elves questions, and Peter demands candy as a fee. What unfolds is a picture probably familiar from preschool or elementary school – one of inequality between children and them comparing each other. At the same time, Pete is clever enough to talk his way out of complicated situations, and he has a good heart in spite of it all. In this way, the author manages to resolve situations with honor and to create a tale, the main character of which alternately appears and disappears, teases and helps. The mischief lasts all the way to the last page, and no one will leave the book in tears. This book of Kairi Look received the Tartu City Children’s Literature Award in 2015.

Kairi Look has contributed new topics and characters to Estonian children’s literature, and her next humorous titles are greatly awaited.