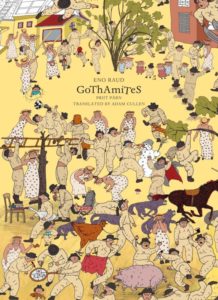 American publisher Archipelago Books released the English translation of the beloved Estonian children’s book The Gothamites by Eno Raud in the beginning of June 2019. The book was translated to English by Adam Cullen and the book features illustrations by Estonian cartoonist and illustrator Priit Pärn.

The book was published under the new children’s imprint Elsewhere Editions from the Archipelago Books. The collection is devoted to publishing translations of imaginative picture books from all over the world to enrich children’s imagination and cultivate curiosity about other cultures.

The inspiration for The Gothamites tales are the funny stories and jokes from the 16th century about the inhabitants of the German town Schilda. The stories were introduced to the Estonian folklore by F. R. Kreuzwald – the author of the Estonian national epic Kalevipoeg. Eno Raud’s children’s adaption of the tales has delighted local readers since 1962 and his tales have seen many reprints. In 2016 the publisher Tänapäev reprinted the tales with new illustrations from Priit Pärn. The reprint became the basis for the English edition.

“The Gothamites is practically the first Estonian children’s book published in the US. Previous publications include a few fairy tale collections. Publishing an Estonian book in English and in such a large book market as the United States is a major step forward. If a book has been published in a major language it is much easier to adapt and distribute it to other languages as well. Therefore, we can hope that The Gothamites will be soon available in other foreign languages as well. In addition to English, the rights to the book have been sold for the Spanish translation”, said the director of foreign relations of the Estonian Children’s Literature Centre Helena Koch. 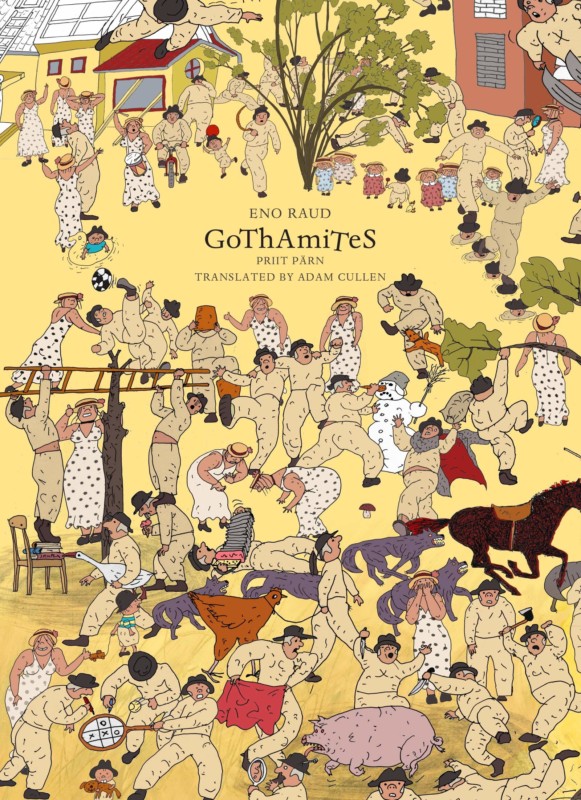