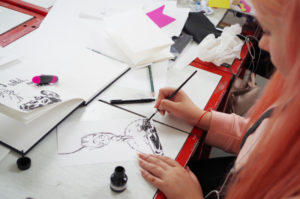 Pop Up is an international exchange programme for outstanding and emerging illustrators and comic artists from the UK, Estonia, Latvia and Lithuania.

Estonian project manager Eva Laantee Reintamm: „Pop Up is a huge project, that Estonia has the privilege to participate in. The main mission is to develop a network to increase collaboration between UK and Baltics children’s literature organisations, but also to promote and exchange the work of outstanding illustrators and comic artists. We see it also as an opportunity to introduce Estonian illustration at the London Book Fair.“

In the project, 18 published children’s literature illustrators and comic artists from all four countries have been commissioned to work with multilingual groups of gifted 16-24 year-old visual artists in 16 universities and colleges. Guided by their artist-mentors, 160 students will produce their own illustrated stories in a distinct ‘leporello’ format, that will be published by four partner publishing houses. The resulting collection of illustrated stories – 33,000 copies of 160 original titles – will be presented alongside an exhibition of some of the best artwork during London Book Fair 2018, coinciding with the ‘Baltic Countries Market Focus’. At the same time an exciting new digital platform introducing talented illustrators to publishers, will be launched at the fair.

„The project is very unique, because while teaching the students, I constantly have to think about my own work and what is important to me as an illustrator,“ says Kertu Sillaste from Estonia. „The participants are at the age, where they start to create their first professional works. It is an honour to guide them on their way, to offer a view from an observer and to help noticing, what is unique in all of them.“

The main organiser of the illustrations’ project is Pop Up Projects CIC from the UK. The main partners from Estonia are the Estonian Children’s Literature Centre and IBBY Estonia. The participating artists are Kertu Sillaste, Ulla Saar, Joonas Sildre and Elina Sildre. Educational partners are the Estonian Academy of Arts, Tallinn University and Pelgulinna High School. The created books will be published by the publishing house Päike ja Pilv. Estonian participation is supported by the Ministry of Culture. 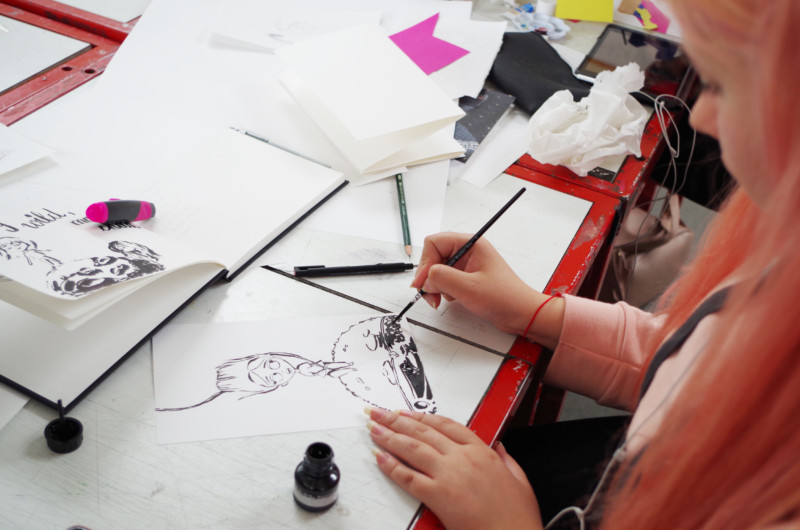