The catalogue is the most important continued publication from the The International Youth Library in Munich. This year the selection includes 200 books in 37 languages from 59 countries. The catalogue provides information about newly published books to international publishers, as well as library staff, it helps books gain international recognition and sell their translation rights. In addition to Frankfurt, The White Ravens Catalogue is presented in spring at the world’s biggest fair of children’s books in Bologna.

From BonnyHead and Beyond is a collection of stories that speaks about the bizarre folk living in a town called BonnyHead. Mister and Misses Industrious are always thrilled to undertake one project or another. Miss SharpTongue has something witty to say about everything she sees. Mister AbsentMind frequently forgets where he is and why. The stories are seasoned with witty limericks.

Publisher Tauno Vahter: „From BonnyHead and Beyond is an example of a book that puzzles the readers and critics in a positive way. What is it exactly, is it a children’s book or is it meant for adults, is it meant to be serious or fun? Not all the books need to fall in easily determined categories and a demanding reader can appreciate that. In addition to the text from Aino Pervik, illustrations play a very important role in this book by creating a whole other level while reading. It become clear that a text cannot do without the illustrations and vice versa.“

Stand Here, Pärt! is the second part of Anti Saar’s popular Pärt series. Pärt and his dad go to the grocery store. Once they’ve selected their purchases, they get in line to pay. But then, Dad remembers he forgot to get yeast. He asks Pärt to keep their place in line with the shopping basket and vanishes among the aisles in a flash. Pärt waits, feeling like a big boy. But the fewer customers there are left ahead of him, the more he starts to worry. The author describes convincingly the thoughts and feelings of a child allowing the reader to relate to the the main character.

The author Anti Saar: „The stories about Pärt become even closer to my heart when I hear from small readers that they have experienced similar thoughts and feelings to Pärt’s when in similar situations. This means that I have not lost the connection with the little kid inside of me. The recognition of The White Ravens Catalogue shows that I also haven’t lost touch with the grown-ups. Objectively that is a very good news. The stories of Pärt are largely picture books, therefore I will celebrate with the illustrator Anna Ring.“

Frankfurt Book Fair is the biggest book fair in the world and it welcomes more than 300 000 people from over 100 countries annually. This year marks the 71 time the fair has been held. The fair takes place from 16–20 October and the honorary guest is Norway. 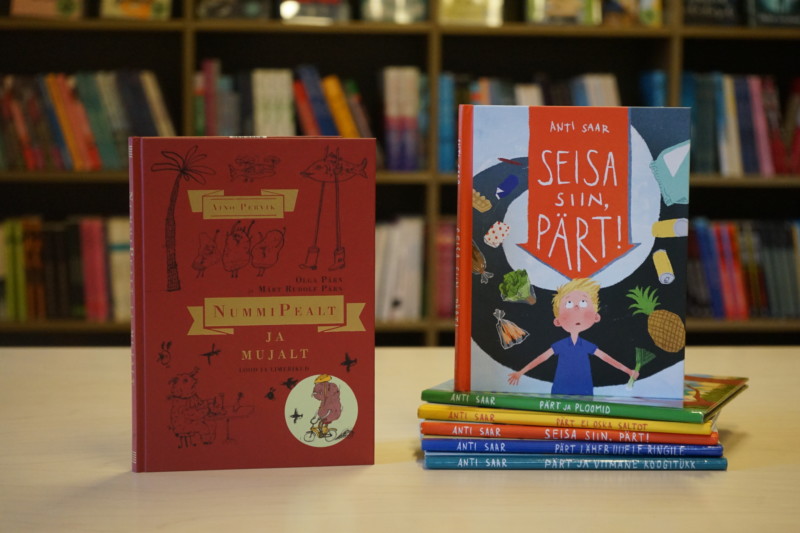