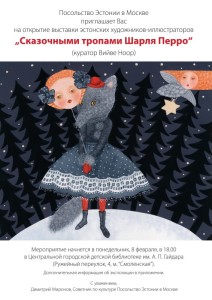 On the 8th February 2016, the exhibition of Estonian illustrators “A walk on the path of fairy tale together with Charles Perrault” opened in the Central Children’s Library of A. P. Gaidar in Moscow, Russia

The curator of the exhibition, Viive Noor, took part in the opening. Noor also delivered a lecture during the seminar entitled “Illustration in nowadays children`s book” about Estonian illustration on the 9th February in Moscow.

According to Noor the exhibition is particularly special for Estonian artists because of the rare opportunity to illustrate classic fairy tale books. She underlines that the works being exhibited are made specifically for this exhibition and they have not been published anywhere else before.

The Exhibition of Estonian Illustrators in Moscow is open until the 29th of February. After that, it will move to the Art Gallery of Krasnoarmeysk and to other locations in Russia. 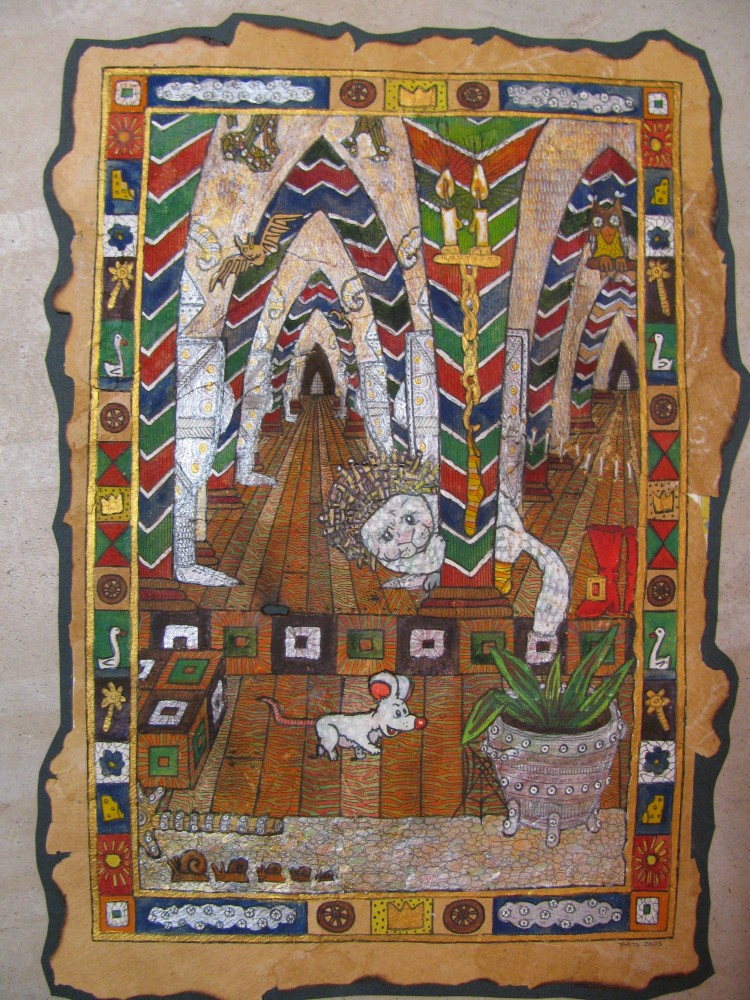