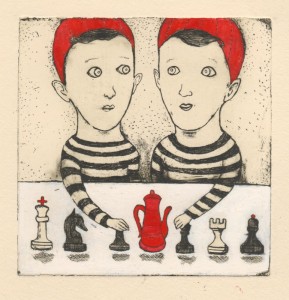 The “Nuts, Figures and Pawns” exhibition presents illustrations and artist’s books by the graphic designer and illustrator Kadi Kurema and bookbinder Külli Grünbach-Sein. It is open from the 5th January until the 27th February 2016 in the Estonian Children’s Literature Centre.

The artists were inspired by the 150th anniversary of Lewis Carroll’s book Alice in Wonderland. Kadi Kurema participated in the international illustration exhibition “It’s Always Tea Time” with a series about Alice. Külli Grünbach-Sein’s wish was to bind the artist’s books in leather. They also added some more good old fairy-tales and Alide Dahlberg’s Uncle Mole’s Party to the show.

Since 1998, Kadi Kurema and Külli Grünbach-Sein have worked together on several artist’s books which have also received international recognition. They have repeatedly taken part in the International Artist’s Book Triennial Vilnius and were awarded the bronze medal at the international hand-made children’s books competition in Oshima, Japan, in 2012. 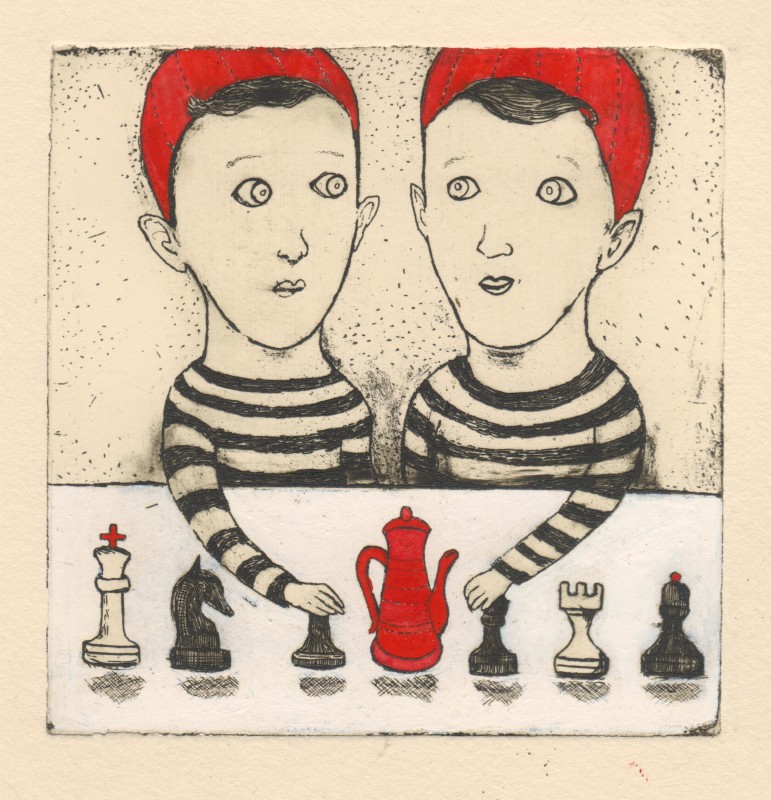